I absolutely love teaching Geometry! It was my favorite class in high school and in college.  I love it because you can “see” the math and you can “see” how it works. So when I got to teach the attributes of triangles, I was super excited! 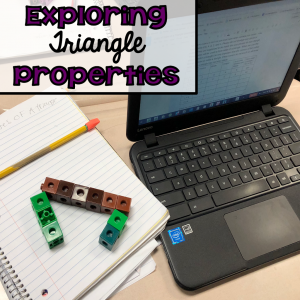 Types of Angles, Including Complimentary and Supplementary 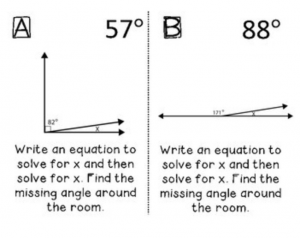 Interior Angles of a Triangle

This is probably an oldie but goodie, and you may have already heard of this technique, but I love it! I think using ripped corners of a triangle, is an awesome way to teach students that the interior angles of a triangle will always add up to 180 degrees.  Here is what I did. First I made a sheet of paper with a bunch of triangles on it and copied it on bright paper. I made the students letter the triangles A-H, that way they knew which triangle we were working with in our journals. We talked about each triangle and what type of triangle it was, acute, scalene, obtuse, isosceles, right  or equilateral.  Then we predicted what would happen if we ripped off each angle and glued the corners on a straight line.  Would the angles together equate to a right angle, obtuse angle or acute? How about a straight line?  A majority of the students thought that the angles together would be a little more than a right angle. 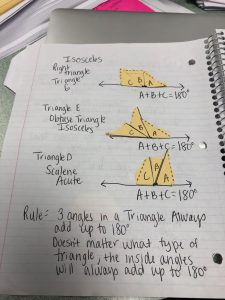 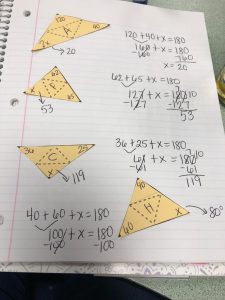 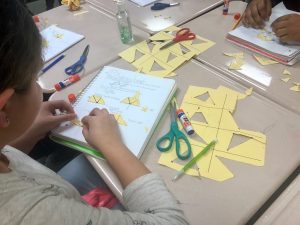 This was a fairly simple lesson that allowed students to discover the relationship between the sides and angles of a triangle. I handed out a half sheet of paper that had a few triangles on the front of the page. I asked students to get out a yellow crayon or marker and a red crayon or marker. I first asked students to outline the longest side of each triangle in red and outline the shortest side in yellow.  I gave them a few minutes to complete this task. Then together we discussed what angles we thought were the biggest and which angles were the smallest. We used protractors for this part. We circled the largest angles in red and the smallest angles in yellow.  Then I asked the students to form a statement about what they noticed about the relationship between the sides and the angles. I let them brainstorm the relationship together with their shoulder partners and then we discussed as a class. We came up with, the largest side is always directly across from the largest angle and the smallest/shortest side is always directly across from the smallest angle. You can get this simple little hand out for FREE HERE! 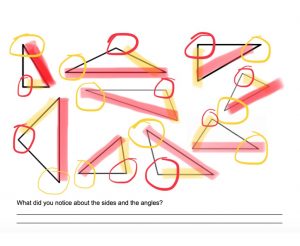 This sounds so fancy doesn’t it??? I had to do some deep research on this one! Bottom line is two sides of a triangle, when added together, will be longer than the third side of the triangle. So A + B > C and B + C > A and C + A > B.  Now that I knew what the concept was, I had to figure out a way to teach it. To keep my thoughts straight, I decided to do guided instruction using Google docs and linking cubes. This lesson turned out fantastic! I was pretty proud of myself. To prep, I made sticks of 2,3,4,5 and 6 with the linking cubes.  I made enough sticks so that each person had a set of sticks. Then I outlined the investigation in Google docs and shared it with my students.  I love to predict, so I asked the students, can any three line segments be put together to create a triangle. The majority of the students said yes, any three line segments can be formed into a triangle. They were all so surprised when they didn’t form a triangle. 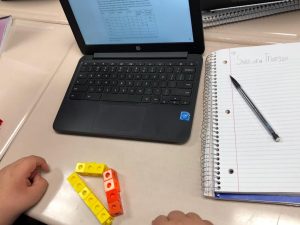 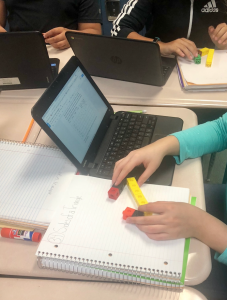 If you would like to do this activity click here to get a copy of the Google doc that I used for guided instruction! CLICK HERE!

To wrap up our Triangle Unit, we played the two games here! These two games let students practice finding a third angle as well as practicing if three sides will make a triangle. These games are yours FREE here on my blog!
We also completed a Google interactive project and a Digital Breakout- Rainforest Rescue! You can get both of these on my TpT store! 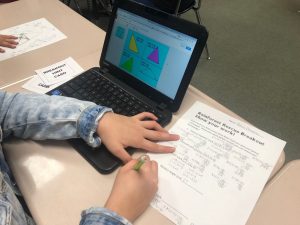 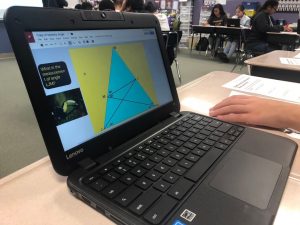 If you have any questions about how to use Google projects or how to share the projects with your students, my previous blog post will be helpful! Click here to learn more!
I love to see my activities in action, so if you are an Instagram user, please tag me in a pic! Follow me @themathchick5
Until next time!
Peace, Love and Math
Previous Post: « An Introduction to Expressions, Equations and Inequalities!
Next Post: Make Your Mark Interactive Math Bulletin Board » 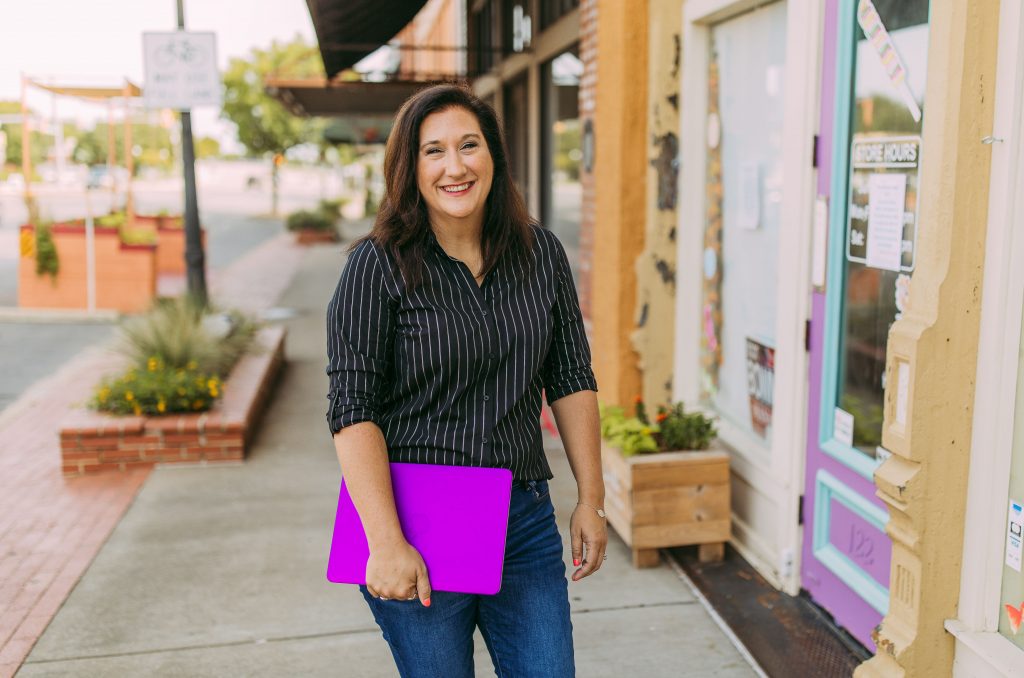 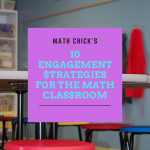 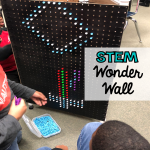 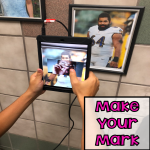 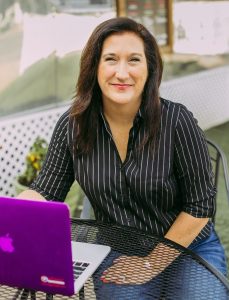